Grobe Island and continuation of the narrative arc

The overhaul of Grobe Island is coming and will offer two new play areas for players from level 160 to 170. It is made up of the Grobe Cemetery, level 150, populated by the Army of the Mists as well as the Mount of Tombs, level 160, populated by the Tomb Yokai.

New quests await players who have collected Orukam's Black Dofus and these will lead them to Dorigami, the White Dofus of the Imagiro dragon. What bonus can he have? A little more patience, the BETA will open its doors this Tuesday, September 8!

Community challenges: end of the adventure

You're not dreaming, the Community Challenges feature added to the game in 2016 will be disabled in Update 2.57. It will no longer be possible to participate or create in-game challenges starting with this update.

This feature quickly became the source of scams soon after its in-game integration and had been modified to correct this problem. To this day, this is almost a ghost feature of the game that has been dropped from players and is still used to create scams or as a way to trade fraudulent Kamas between players.

The studio indicates that the current challenges will be removed and that no refund will be made for the prize pools put into play or the registration costs paid. We therefore advise you to quickly complete any challenges that you have accepted, and to say goodbye to this feature. 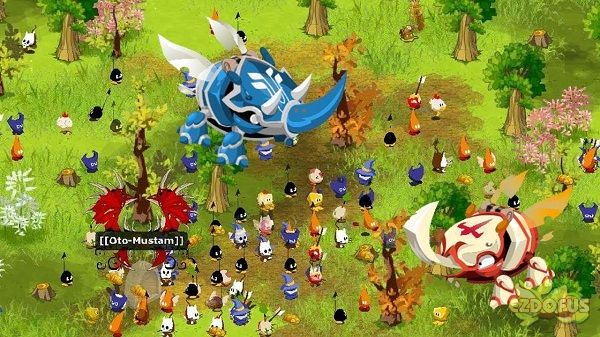 This is an addition that has long been requested by players and it is finally seeing the light of day. The display of challenges associated with successes in dungeons is now effective during combat with a dungeon keeper to know in real time if the player has failed or if he is still able to succeed.

The interface displaying the challenges seems to have been slightly revised to decide on a vertical or horizontal display, which further customize the player's interface layout.

Another change has been made to more clearly display the descriptions of the challenges for achievements.

Have you tried playing the DOFUS game? You can buy DOFUS kamas on the DOFUS website!