The Sacrier class is not yet done talking about it as new changes to the class will be coming into play during the next major update of the title. Players are invited, as of now, to come and test these modifications on the BETA server under conditions other than usual to promote testing and feedback.

The world will finally experience suffering

The beta will be open for about a month to test the new changes to the Sacrier class. The main change is the elimination of the bleeding mechanics, because it is both incomplete and under-exploited. This deletion leaves the Sacrier to concentrate on his main mechanic: the management of his Suffering. 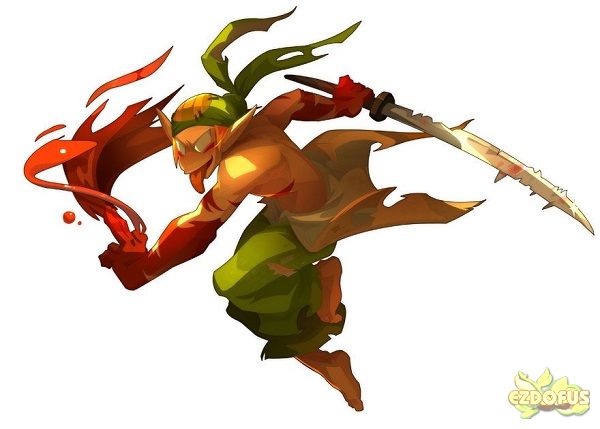 The Suffering mechanics are enriched: to resistance and damage is now added mobility! Indeed, certain Sacrier spells will see their range, movement zones or areas of effect increase when the Sacrier's Suffering is high. The range of the Sacrier's spells therefore becomes unmodifiable by characteristics.

In addition, Game Designers offer a solution to the problem of the damage the Sacrier inflicts on himself: they are counted as a percentage of maximum vitality, they no longer depend on resistances and will no longer allow the Sacrier to be eroded naturally (or not. ). The Sacrier has new spells to control his Suffering, always without eroding. The summoned swords are also modified to have more interactions with Sacrier spells.

In order to promote tests by players and give them good conditions to carry them out and provide conclusive feedback, the BETA dedicated to modifications to the Sacrier class is based on a semblance of Duty-Free that the oldest players have been able to know.

NPCs are available in the Merchant Squares of Astrub and Amakna Village to purchase the majority of the game's equipment for all level brackets at the symbolic price of 1 Kama. The same goes for Dofus or more special items that might be of interest to the player.

Are you interested in DOFUS? Do you want to play DOFUS games? Please visit DOFUS website to buy dofus kamas to learn more about the game. Wish you have fun in the game!