To keep players informed about the various Dofus projects he is responsible for over 2021, Logan, producer of Dofus 2, Retro Dofus and Dofus "Unity", took the floor to discuss their plans and plans. Changes to what is normally offered, especially as updates are released.

To celebrate the server merger with the same account, events and activities are organized for players to win specific homes and aviaries. The announcement should be finalized shortly.

2021 will also be a continuation of what could be offered in 2020, namely improvements to certain interfaces and improved ergonomics to provide even more comfort.

Game content that has never been activated or revealed to players before can be used in future animations and new Dungeon Farmers will be offered to the community. We remind you that during these events you can get a trophy shield from a certain dungeon keeper if you defeat him in his dungeon.

Originally planned for 2020, content related to DOFUS Ivory and Dofus Ebony will be an important event for 2021. These two dofus will arrive along with the Ilizael and Ku'Tan dungeons and their respective monsters when they are ready. To check this, the beta test phase will be carried out on a dedicated server. This offers the opportunity to test this content and fix problems and errors before they are available to as many people as possible on the official servers. 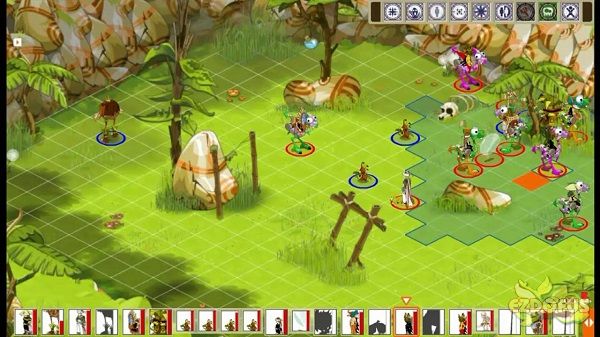 As announced during Krosmonote 2020, the first update in 2021 will focus entirely on the cleanup phase of the game to fix bugs and thereby improve the gaming environment which, as we will not hide, has deteriorated over the past few months.

Therefore, this update will not contain any new content. It focuses on issues that arise at the class level and their spells, whose behavior is not always normal, does not work well, etc. There will be no class balance. with the exception of Sacrier, who is again hit by scalpels, strawberries and the like from the game design team. Hopefully this time the priest will find his place in Dofus.

Some features of the game will also be revised, such as: B. Infinite Dreams. Kolizéum is also concerned, but the changes affecting him will come later this year. They really require more research and testing. Matchmaking, league progress, and overall functionality attractiveness are examined to restore the game's PVP functionality image.

This update should be accompanied by a long beta testing period to ensure that any fixes are effective, stable, and improve the gaming experience.

No release or beta date has been announced yet, but we hope it will arrive in spring 2021.

Little information is available during this presentation. However, Logan assures that this new season will be radically different from the previous one, which will surprise players.

The next Temporis servers shouldn't go down until spring 2021, but they'll obviously be teasing them regularly to cheer them up. So stay tuned!

This overhaul, which was originally scheduled for summer 2021, is expected to take place in autumn or winter. The project is on a larger scale than originally planned and, according to Logan, the redesign will "be even bigger than what Pandala could have had in the past year as a whole".

This will especially delight background lovers. The two enemy cities occupy a special place in the game and in the hearts of players, the development of their story and related content will clearly do them no harm.

In addition to checking existing content, additional content is added to the websites. We'll have to wait to find out more, but if the result lives up to the promises made, it will be a great success. 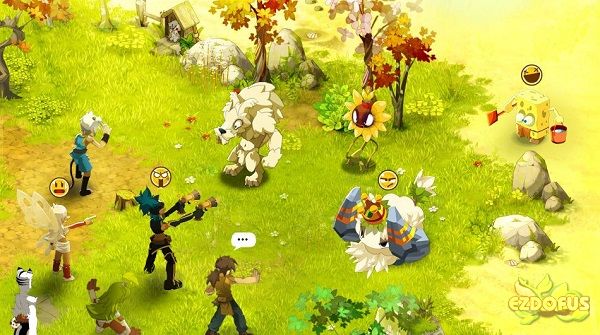 A new playground for high-level players will come into play in the summer of 2021. No further information is available yet. A case to follow.

Another big project announced during Krosmonote 2019 and repeated in 2020 is an overview of the social aspects of the game. After several updates, this social review will focus on guilds and alliances in particular.

For guilds, this will obviously not be a major overhaul, but rather an opportunity to improve guild management skills and provide more goals and tools for community play.

In the case of trade unions, on the other hand, this requires a major overhaul of the system, which clearly requires it.

To suggest more interesting and functional stairs, an overview of the stairs offered on the official website is given. It is no longer possible to consult a player's rating in-game, but there are only the first 1000 in the rating according to the selected criteria.

Although the DOFUS team has taught us to update almost quarterly for many years, things may change from now on. The team grants itself the right to postpone the release of the update or to offer it less frequently to ensure the quality of the content offered to the players.

Sometimes blocked by an announcement earlier this year or a specific marketing message, some updates are rolled out in states that are not always very ... stable, so to speak. So it's good to take the time to do something well before you make it available to as many people as possible. This is part of a qualitative approach and should be continued after the debug update. There is no question that after a long period of fixing problems that may have been fixed in the past, returning to bad practices.

What about the Unity port?

Regarding the porting of DOFUS 2 to the Unity engine, the images of which can be submitted during Krosmonote 2020, please note that the project is in preparation for production. 2020 was dedicated to the technical investigation of such a change and some tests. In 2021, the first game elements can be integrated into the new engine, while some changes can be made to highlights such as characters.

In fact, a redesign of the drawing templates was announced a few months ago. And now this is a graphical version of it that will be presented to the community soon. In recent years, the NPCs added to the game had a completely different artistic direction than the older productions, and this is gradually being indicated by playable characters who have similar roots and classes to these NPCs and whose designs are very different. So it's time to wipe yourself off!

This article ends here. Do you play Dofus? If you need Dofus Kamas, you can buy it at ezdofus.com.