Dofus: See how to defeat the boss Kimbo in the famous online game Jun-18-2021

Dofus is a fun fantasy MMORPG with a backdrop from medieval times for Windows and Mac. In it, you must face different creatures to get level and items, like the boss Kimbo. The task can be a little complicated, so we have prepared a tutorial with tips and strategies for you to defeat Kimbo in the game.

Dofus: learn how to reset your characteristics on Otomai in the game 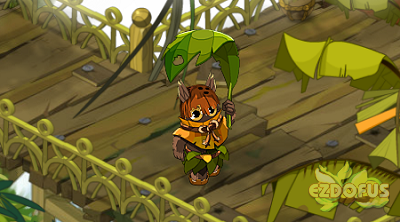 Kimbo is the boss found in the seventh room of the Kimbo Litter, a dungeon found on Otomai Island. Defeating him is the last dungeon mission needed to reset a character's traits and is an essential task for those who want to build a new status. See how to defeat him:

The first step in defeating Kimbo is to decide what type of attack you will use in combat. You must choose between two pairs of elements to use: Fire/Air or Water/Earth. Choose two of these elements where your characters have greater damage and range when attacking.

When you reach the room, ignore Kimbo and his disciple. For now, they must be left out and you must not attack them in any way. Focus your attacks on other creatures. They must be defeated so you can face Kimbo directly.

The next step is to choose the positions your characters should be in. Your position is very important as you can die instantly on the next turn if you are positioned incorrectly. Your biggest problem will not be Kimbo, but the disciple and his glyphs, which can both help and hinder you.

Place characters in the correct positions and make sure they have room if they are pushed back. Players must have at least two free spaces behind. That is, always place the player one square away from a wall as Kimbo can knock them back and you will be vulnerable to the lethal glyph.

Now that all players have been positioned and the rest of the monsters have been defeated, you must prepare to attack Kimbo. Keep ignoring the disciple and don't attack him. Use the Fire/Air or Water/Earth combo on Kimbo and get ready to use the ready-made strategy.

Kimbo's disciple will use Odd/Even Glyph, which will place glyphs on the map. Once the glyph is released, you must move Kimbo and his team to one of the squares affected by the glyph (or wait for it to reach them).

Important: Finish the entire turn on top of the disciple's glyph. Each turn, he will walk 1 MP and move the glyph around on the map. Always remember to maintain your placement so you don't fall for lethal magic and lose.

The glyph will activate on Kimbo's attack or turn and the creature will gain 400% weakness for the elements you chose to attack (and 800% toughness for the other two). Once that's done, you must repeat this process using the glyphs until Kimbo is defeated, always moving him or his team to the affected areas.

This article ends here.To find a reliable DOFUS seller to buy DOFUS kamas, you can buy it at ezdofus.com.